Despite their ubiquity and pivotal role in the haptic experience of architecture, door handles remain oddly under-documented. There are no serious histories and only patchy surveys of design, mostly sponsored by manufacturers. Yet in the development of the design of the door handle we have, in microcosm, the history of architecture, a survey of making and a measure of the development of design and how it relates to manufacture, technology and the body.

For much of the 20th century, Western experts viewed China as a pre-capitalist society. They typically equated ‘capitalism’ with industrialisation and innovation, spectacular benchmarks such as coal-powered engines, steel factories and advances in chemical and mechanical engineering. These technological breakthroughs distinguished the ‘West’ from the ‘rest’, and it was their absence in China – and much of Asia – that marked it as ‘pre-capitalist’.

The Anglo-Boer War (1899–1902) has been called the first modern conflict. This is no compliment… A forward-looking view of the war—the dawn of mass-media coverage, barbed wire, and concentration camps—emphasises the bit parts played by 20th-century personages. Winston Churchill, the neophyte correspondent, making his daring escape from Boer captivity; Mohandas Ghandi’s exertions in the Indian ambulance corps; and Robert Baden-Powell’s devil-may-care dispatches from the Siege of Mafeking (“One or two small field guns shelling the town. Nobody cares”; “All well. Four hours bombardment. One dog killed”), which prefigured his Boy Scout movement by 10 years. 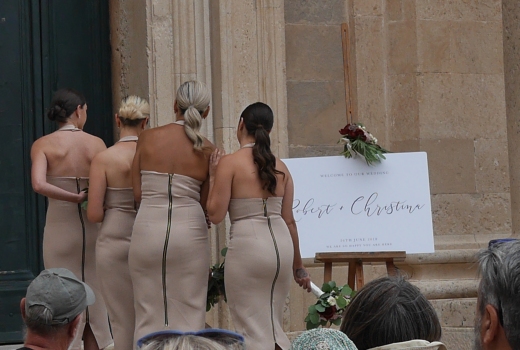 The other day the car cleaner was late, the milkman didn’t show up and neither did the newspaper. The maid walked in late too, looking scared, fear in her eyes that told many stories.

Out on the road, which otherwise bustles in the morning, there was little activity. For a Monday, it was rather silent. Even the stray dogs weren’t scampering around for food. There was nobody to offer them any.

Life seemed to have reached a standstill.

The car cleaner said he hadn’t slept all night and had left home early to find safety in an environment that he presumed was not filled with rumours and hate as much as where he had escaped from.

People were running around with knives and iron bars in their hands, looking for the presumed enemy who was on its way to kill, maim, rape, burn, pillage, he said.

Rumours on social media had spread fast — sending everybody out to the streets or under lock and key in their homes, he added.

The car cleaner, who usually drinks at night, had found refuge behind a garbage dump where he had finished his daily bottle of local liquor and had hoped he would be able to sleep it out. The ghosts of the latest riots in the Indian capital, however, kept coming back and he couldn’t.

The maid, who walked in with fear in her eyes, spoke of empty streets and downed shutters. The cheap electric rickshaws that transport thousands of low-end workers every morning were off the roads. Shops that sell stuff people buy in the mornings – milk, bread, sweets — were all shut. Vegetable vendors, who set up their stalls before the morning crush begins, were missing.

“I walked. It was very scary. The streets were like a cremation ground,” she said, wondering whether her husband and child back home would be safe.

The milkman said he couldn’t pick up the supplies for delivery. He didn’t want to take a chance; best to do no business than get killed!

The newspaper vendor said nobody went to the collection centre to pick up the morning editions. The petrol station across the road had few customers.

The previous night, there was commotion at a musical event in a large park in one of New Delhi’s toniest areas when the rumours of violence in different parts of the city started spreading.

The first ones to make a run were a dozen women guards, who fled leaving behind a large audience still distracted by some good Indian classical music. Soon, they too began dispersing.

One colleague messaged, saying the gates of his colony had been shut and residents were keeping vigil through the night. So scared was he that he shared his wife’s telephone number — just in case something happened to him.

Mercifully, nothing happened that night. But some of the worst rioting in the Indian capital in more than three decades that killed more than 40 people, injured hundreds and destroyed homes and properties, has instilled a deep fear in people.

Nobody feels safe. Neither the poor, nor the rich. There is a good reason to fear the mobs; they kill without fear because they want you to be afraid.

That night the police chipped in, neighbours stood for each other and the night passed despite rumours.

But the fear will live on because of the violence that the city has seen. And the violence has been because of hate, which is now out in the open. The curtain has dropped — it doesn’t hide anything anymore. It’s too heavy with history to be put back up.

If you follow Indian tennis, you would have definitely heard of Ankita Raina.

I don’t, so I hadn’t until I had her sitting next to me on a flight to Mumbai.

She walked into the aircraft with an air of quiet, matter-of-fact confidence – lugging a big, bulging sports bag that carried her gear and a small backpack.

She had a mobile phone, an extra charger and a book – all of which she laid out neatly on the seat as she prepared to settle in for the flight while looking around to get a fix on her surroundings.

At first glance, she could have been just another sporty young lady but then she wasn’t, as I realized when I woke up from my usual aircraft-taking-off nap routine. To my embarrassment I found that I was sitting next to a star – India’s top woman tennis player!

She was poised, but yet child-like, happy to engage in a conversation and laughingly share her stories from her travels to play in top tennis tournaments across the world – from the Wimbledon to Flushing Meadows and Roland Garros and Australia, China and even Morocco – mostly travelling alone as she can’t usually afford to carry her coach and family.

As I heard Ankita’s stories, I began to marvel this young lady who started playing tennis in Ahmedabad at the age of four (before moving to Pune for coaching) and has been hopping in out of international flights and checking into hotels in strange cities across the world all by herself since her teens.

With a twinkle in her eyes she told me how at a young age she pulled the chain to stop a train in Morocco, as she feared she had missed her stop as language barrier made it difficult for her figure out whether she had reached her destination.

Everybody on the train spoke French or Arabic, and not English. Helpless bawling helped when she was hauled to the station master and asked to pay a hefty fine, she said.

Or how once the airline staff wouldn’t let her go in Mumbai as she was a minor and her family had to drive up from Pune in the dead of the night to take her home!

And then how she had to show up at a tournament sleepless due to late flight changes for a match in China and still win it in straight sets. Impressive!

She also quietly and earnestly whispered that she had been bumped up into the business class thanks to an upgrade voucher one of her friends had given her.

Down to earth, realistic and supremely confident, the 26-year-old was also keen to get a picture with a well-known singer on the flight.

“Should I ask him,” she asked me.” I really want to get a picture with him.”

Will she put it on her social media handles, I asked. No, she replied, adding that she wanted the picture only because she loved his songs. She did put it on her Instagram page!

Ankita’s story of is one of determination, focus and dedication. It is also one of a young Indian who aspired to reach the top, worked hard and managed to get to there despite many odds.

She was in Mumbai to play in the premier tennis league before going back home to Pune – rest, eat home food (which she said she misses on her travels; the Gujrati thali is her favourite) and allow her mother – who works with an insurance firm – to embrace and pamper her.

She misses her family and coach during her travels, as others on the circuit travel with their parents and support staff, but she said travelling alone from a young age hasn’t made her lonely. It has made her stronger and more focused to achieve what she has set out to.

I wished her best of luck for the 2020 season as we parted ways and told her I would try and follow her journey to more success – breaking into the world top 100.

On my way out from the airport I kicked myself for missing out on a selfie moment. But then, there is always that next time!

This imperative to avoid being – even appearing – unhappy has led to a culture that rewards a performative happiness, in which people curate public-facing lives, via Instagram and its kin, composed of a string of ‘peak experiences’ – and nothing else. Sadness and disappointment are rejected, even neutral or mundane life experiences get airbrushed out of the frame. It’s as though appearing unhappy implies some kind of Protestant moral fault: as if you didn’t work hard enough or believe sufficiently in yourself.

There is a growing feeling, among those who have the responsibility of managing large economies, that the discipline of economics is no longer fit for purpose. It is beginning to look like a science designed to solve problems that no longer exist.